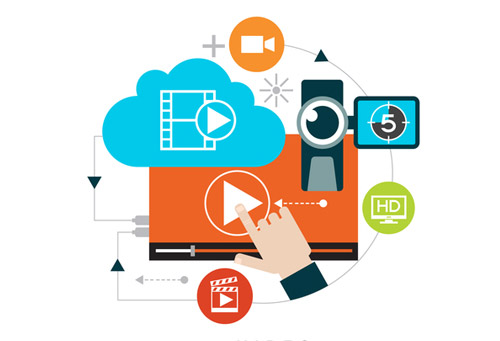 This year, Dublin-based production company Banjoman, launched a new arm to their business in the form of The Studio – repackaging their multi-award-winning production offering as an agile and lean creative solution for all premium video content needs.

Matching the Banjoman ethos of creating great work at the highest level, The Studio manages pre-production through to final content delivery at the highest quality, with shorter lead times and less intensive production requirements.

To find out more about the industry demands that led to the creation of The Studio, and to hear about its fast-growing success, LBB speaks to creative producer Liam Boyd who spearheads this new venture.

LBB> Can you tell us about the moment the idea for The Studio was first sparked?

Liam> It was something that Dermot and head of production Matt D’Arcy had wanted to get up and running for a while. Quite fortuitously, I wanted to make the move into a more creative role within production at the time and it fell into place in the form of The Studio.

Banjoman has been growing and leaning into the TVC side of things a little bit more on bigger projects that can be more demanding in terms of longevity of planning and things like that. So there was space for someone to come in and spearhead a more agile and lean solution for content production.

LBB> Like you say, this arm of the business focuses on content with lean and agile shoots. What industry trends, demands and needs are you addressing with The Studio?

Liam> There has been an increase in demand for quicker turnarounds in production – and like a lot of places, we’ve had some projects come up that need to be turned around on a dime. Being able to be lean and agile is so important in those cases so having a dedicated arm of the business focused on that aspect helps us efficiently answer those briefs, without the team being pulled in too many directions across all sorts of projects.

LBB> How does The Studio compliment Banjoman – do you ever share projects or work side by side in any way?

Liam> Don’t get me wrong, we are a team across Banjoman and The Studio, but by defining two arms of the business it helps pull everything together in a more organised way. Generally speaking, I focus on The Studio so it has its own legs to stand on, while Dermot, Matt and Vanessa primarily focus on Banjoman. They lend to each other quite well in terms of learned experiences and at the end of the day, are both built from the same bones.

Depending on the scale and scope of the project, we sometimes work side by side. And when you’re working in a creative space, it’s good practice to bounce ideas off each other, whether or not you’re on that project or not. Getting fresh eyes and a variety of ideas to work from is so important.

We can also help with some of the reversioning of big campaigns and cutdowns etc, to help support Matt and the team deliver in house, which can save time and costs.

LBB> Although it has only recently launched, you mentioned that it has really taken off, with some strong pieces under its belt already. Can you tell us about the reaction to the launch and how it’s evolved to pick up so much momentum?

Liam> It’s really gaining momentum. Dermot always says, “Work begets work”. Once people saw the quality and the level of work that we are creating with The Studio, it led to more and more projects.

We have worked on projects for the likes of PTSB, An Post, ALDI, Avonmore and Homestore + More. One of the biggest projects we have just worked on was Busy Lives for Strong Roots who we have a close relationship with. It involved creating five ads in just one day! It’s a really cool global content piece about Strong Roots and how it makes it much easier for people on the move.

Liam> I studied at DIT School of Marketing and went straight into an advertising agency, building myself up the ranks from there. I was an account manager dealing directly with clients face-to-face every day, building personal relationships with client teams and with my own team. A lot of that lends itself really well to what I’m doing on a day-to-day basis now, being front-facing with clients and agencies.

At The Studio I’m a creative producer, so I’ll run the production but depending on the needs on the day, I may step in to direct too and also head up the editing team. It’s all in-house and I take on a hybrid role to oversee it all. I really get to get into the nuts and bolts of building the whole piece from pre production to production and post production. It’s a really exciting role.